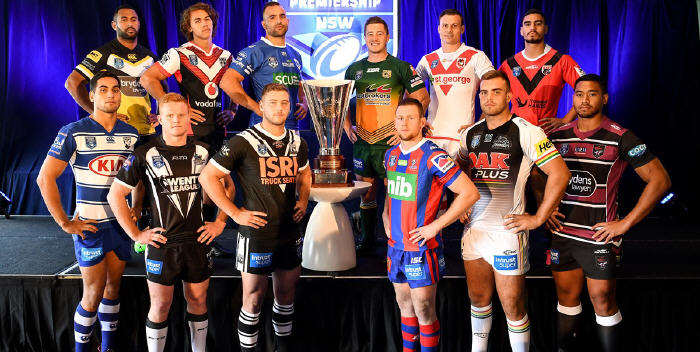 Brad Fittler, the 2018 NSW State of Origin coach, has confirmed he will be attending the Newtown Jets season launch, to be held at the Petersham RSL Club on the evening of Tuesday, 6th March at 7.00pm for 7.30pm.

Phil Gould, Penrith Panthers CEO and former Newtown Jets player, is already locked in as the principal guest for the evening.

There’s still time to make your bookings for what has all the hallmarks of being an absolutely first-rate season launch. In fact we’re advised that the deadline for bookings has been extended to 5.00pm, Friday, 2nd March 2018. For bookings you can contact Stuart McCarthy on 0447 046 516 and smccarthy@newtownjets.com; or Olga Lauricella on 0412 712 612 or olauricella@newtownjets.com

In all, nine NSWRL competitions were launched at the well-attended function. These included the flagship Intrust Super Premiership NSW; the NSW Women’s premiership; the Newcastle Rugby League premiership (this competition is now aligned with the NSWRL rather than the Country Rugby League); Ron Massey Cup (the competition that Newtown’s partnership club, Glebe-Burwood RLFC, will participate in); Sydney Shield; Jersey Flegg Cup; SG Ball Cup; Tarsha Gale Cup (under 18’s girls); and the Harold Matthews Cup.

The Newtown RLFC regrets to announce the passing of club member and devoted supporter Greg Kay. The club extends sincere condolences to his family and friends.

The Newtown RLFC was also saddened to hear of the passing of Mulka Trad, mother of Jets operations staff member John Trad. Our sincere condolences are extended to John and his family members.