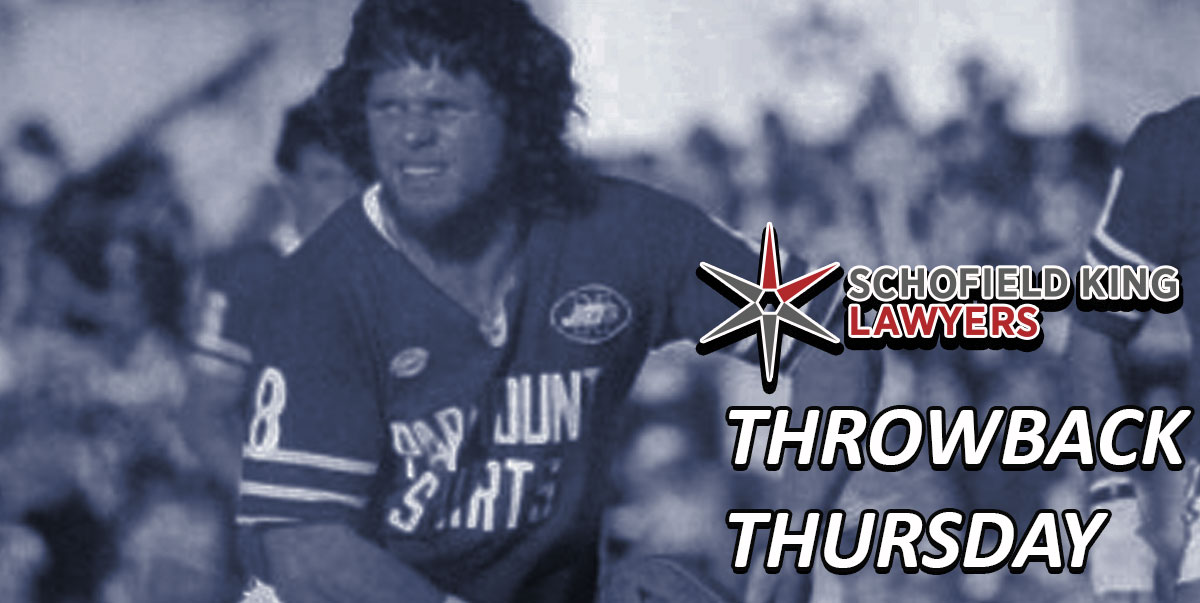 As it’s round two of the Knock-On Effect NSW Cup this weekend, we are revisiting Round 2, 1981.

A controversial try to Terry Lamb appeared to rob the Jets of victory during their 12-all draw with Western Suburbs at Henson Park.

The Jets had dominated the opening stanza but only held a narrow 10-7 lead at halftime.

Wests’ lucky break came five minutes into the second half when Magpies five-eighth Terry Lamb regathered a bomb to give his side a 12-10 lead. However, Jets fullback Phil Sigsworth claimed Alan Neil had taken him out before he had the opportunity to contest the kick.

“There was no way it should have been allowed,” Sigsworth fumed after the game.

The Magpies opened the scoring after 14 minutes when Neil put Bob Cooper in for a converted try, but the Jets got within one point following back-to-back penalty goals to Sigsworth.

A brilliant try to Shane McKellar enabled Newtown to take the lead in the 28th minute. After winning a scrum deep in their own territory, Tommy Raudonokis created space for centres Mick Ryan and Ray Blacklock who combined to put McKellar away.

A penalty goal to former Jet, John Ribot, made it 9-7 in the 38th minute, but a field goal to Sigsworth gave the Jets a three-point advantage at the break. Lamb’s contentious touchdown put the Magpies back in front but a 60th-minute goal to Sigsworth tied up the game.

Jets lock Graeme O’Grady came close to breaking the deadlock late in the game when he crossed Wests’ try line, but referee Barry Goldsworthy ruled that he had not successfully grounded the ball.

The Henson Park faithful was no doubt frustrated that their side had to share the points, but they would have been inspired by the form of their flying fullback Sigsworth, who provided nine of his team’s 12 points and was an easy choice for man of the match.