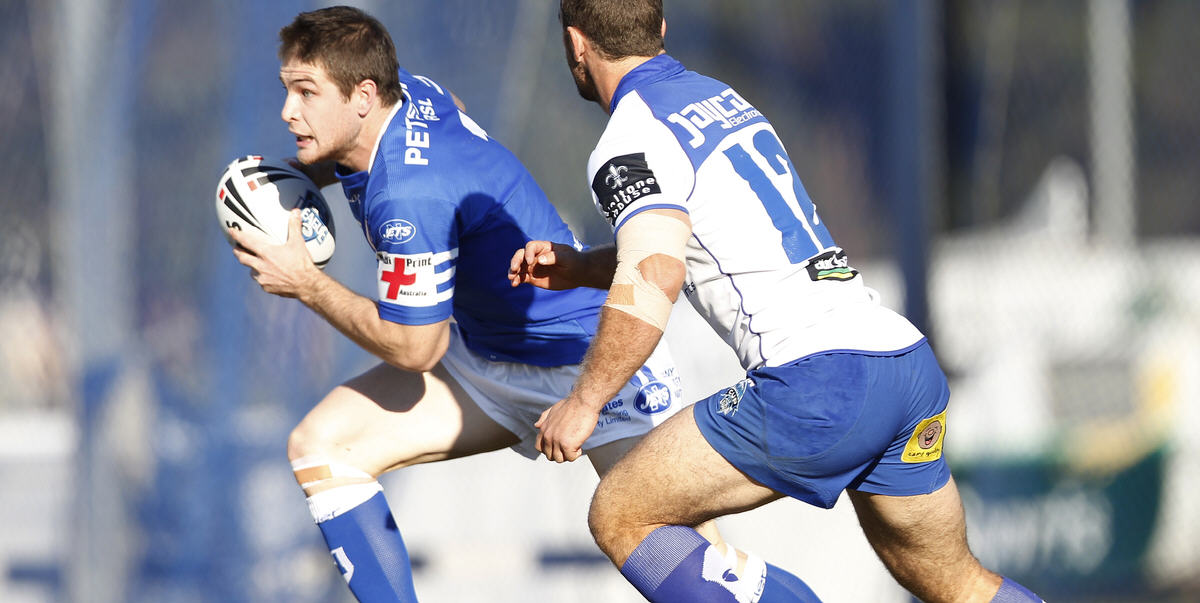 Virtual Season 2020 – Jets claim one for the ages

Newtown’s thrilling 22-14 win against Canterbury-Bankstown on Saturday could be regarded as one of the club’s best wins since joining a forerunner of the current NSW Cup competition back in 2000.

Injuries and representative commitments had depleted both the Sydney Roosters and Jets’ playing rosters for the weekend, and Newtown’s task against the NSW Cup competition leaders seemed to be a foregone conclusion.

The Bulldogs led 10-0 after 15 minutes and looked to be on course for a comfortable victory. Canterbury dominated possession early on but the game underwent a dramatic transformation midway through the first half.

Jets turn the game with skill and effort

Newtown’s halves Blake Lazarus and Johnathon Ford combined with second-rower Boyd Cordner for the talented young forward to surge across for the Jets’ first try.

Newtown’s second try originated from a superb midfield off-load by second-rower Chris Afamasaga, with Cordner and Ford exchanging passes at top speed for the backrower’s second try. The Jets seemed to grow in confidence from this point onwards and went in to the break with the scores even at 10-all.

The second half proved to be a rousing and dramatic spectacle as the large contingent of Newtown fans in attendance at the Crest Stadium roared their team on to an improbable victory. The Jets took the lead for the first time when five-eighth Ford and front-rower Brad Takairangi sent centre James Trotter, on debut from the Cabramatta Bundaberg Cup team, racing away to the posts.

Newtown fullback Rhys Pritchard then scored a slashing individual try when he threaded his way through disorganised Bulldogs defenders and sprinted 50 metres to the tryline, all on the back of a scurrying burst from dummy-half by hooker Scott Jones.

Canterbury threw all of their considerable resources at Newtown’s defence and scored from a high kick to the corner 12 minutes out from full-time. The Jets contained the competition leaders for the remainder of the game and claimed a truly morale-boosting win.

Jets coach Greg Matterson was quick to acknowledge what had been an outstanding team effort, underpinned by unyielding defence in the second half. The Bulldogs had the use of 40 more plays with the ball than Newtown for the entire game , practically 7 sets of possession, which emphasised the enormity of the Jets’ defensive workload.

Newtown’s forwards matched the experienced Bulldogs pack which had tried to steam-roll the Jets in the tense second half. Matterson was reluctant to name any individuals out of such a stirring team performance, but it was hard to go past Boyd Cordner, Ahmad Ellaz, Scott Jones, Kurt Kara and skipper Khalid Deeb in the forwards, along with centre James Trotter who was making his NSW Cup debut with Newtown.

Coach Matterson cautioned that the team couldn’t rest on its laurels and that while an admirable performance-benchmark had been set, next Saturday’s opponents North Sydney were coming off a convincing away win against the Knights’ Central Coast feeder club last Saturday and would be primed for the big occasion.