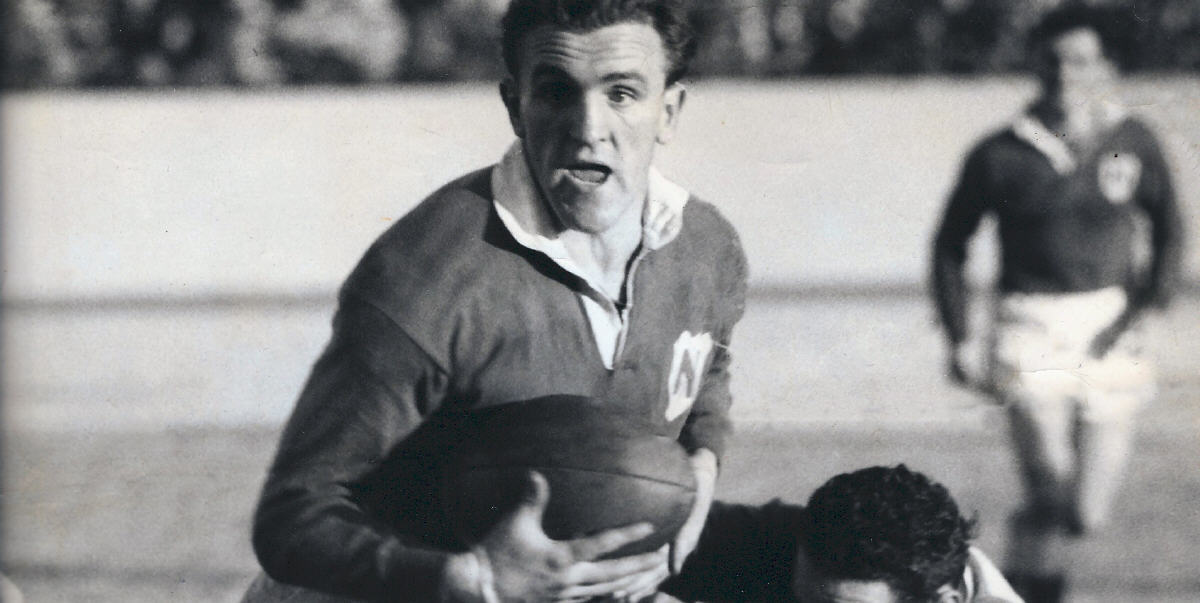 Dick was a De La Salle, Marrickville junior product who was graded with the Newtown Bluebags senior club in 1949. He played with Newtown from 1949 to 1958, amassing a total of 133 first grade appearances. He later played with Western Suburbs between 1959 and 1961. Dick played in two first grade grand finals in 1954 and 1955, losing on both occasions to South Sydney. He was captain-coach of the Newtown first grade team from 1955 to 1958.

The pinnacle of his career was being named as the Australian team’s captain-coach in the 1957 Rugby League World Cup tournament, in which Poole led Australia to an undefeated victory. This is an achievement that is most unlikely to ever be repeated in the modern rugby league game.

In 2008 he received the honour of being named as a centre in the Newtown RLFC Team of the Century.

The Newtown RLFC extends congratulations and good wishes to Dick Poole on this special birthday occasion. Dick remains as one of the greatest icons of the Newtown Jets (formerly Bluebags), the oldest club in rugby league in Australia.

The Newtown RLFC has indeed been all the richer for the contribution of Dick Poole.