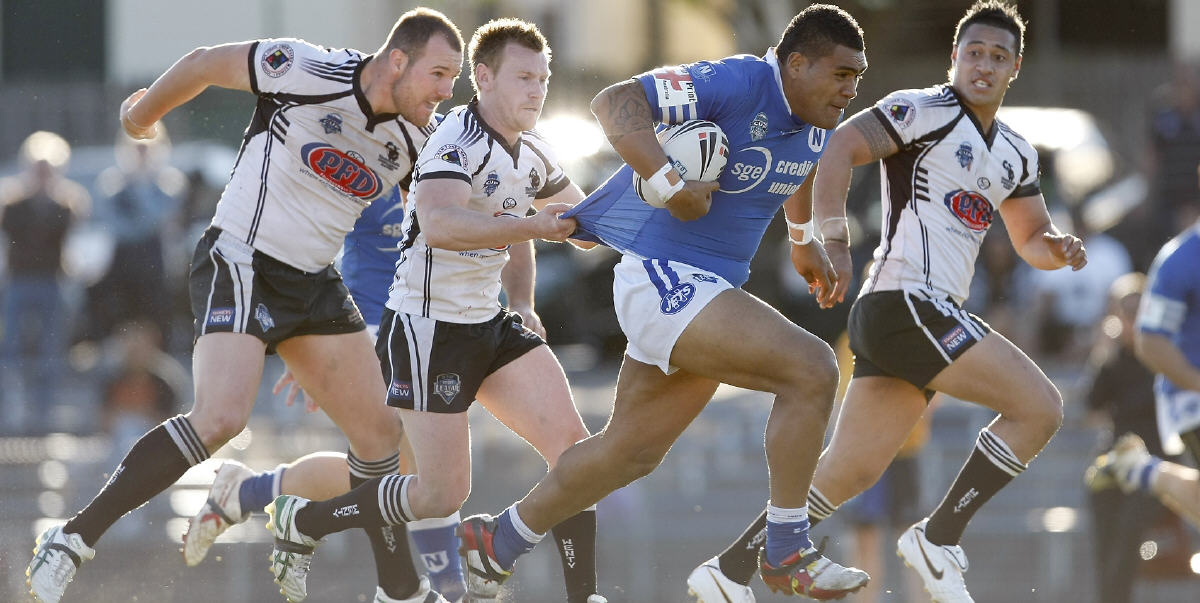 Big Mose Masoe, the former Newtown Jets front-rower and Henson Park crowd favourite, has been selected to deliver the ball for the kick-off at the 2020 UK Super League Grand Final.

Mose had suffered severe spinal damage when playing for Hull Kingston Rovers back in January 2020 and continues to make remarkable progress from his dreadful injury.

The big fellow played in Newtown’s 2012 premiership-winning NSW Cup team. He is well-remembered by a great many Newtown Jets supporters for his outstanding performance against North Sydney at Leichhardt Oval, in the dramatic elimination semi-final of that 2012 finals series.

Newtown supporters (and indeed rugby league people everywhere) extend their good wishes to Mose and his family, and wish him well for his continued recovery.

You can read more about Mose’s road to recovery on this link:  https://www.totalrl.com/inspirational-mose-masoe-to-deliver-super-league-grand-final-ball/

Congratulations to the former Newtown Jets winger and fullback big Edrick Lee, who made his debut with the Queensland State of Origin team at Suncorp Stadium on the night of Wednesday, 18th November. And what a debut occasion it was – Edrick scored in the 37th minute on the end of a clever kick by the multi-talented Cameron Munster, and was part of the series-winning team who won the third and deciding State of Origin match 20-14. Edrick played with Newtown in 2017 and 2018 when he was contracted with the Cronulla Sharks.

Talking of the State of Origin series, there are a number of former Newtown players who all gained State of Origin selection after they had spent some time with the Jets. Newtown and the Cronulla Sharks had a one-year rugby league partnership back in 2005 and were eliminated at the preliminary final-stage of the NSW Cup competition. Four players from that year gained state of Origin selection in subsequent seasons. These four players were:
Nathan Merritt (NSW in 2013); Keith Galloway (NSW in 2011); Beau Scott (11 games for NSW between 2010 and 2015); and Dane Nielsen (3 games for Queensland between 2011 and 2012).

There will be exciting news about 2021 Newtown Jets membership packages coming soon.

The 2018 season Newtown Jets players jerseys have been completely sold out. Thank you to all the buyers and there will be an exciting new jerseys’ offer made available soon.

There is a Newtown Jets-Young Henrys joint production t-shirt coming on the market soon. This will be an absolute “must have” clothing item for Jets fans.

There still is of course a tremendous range of Newtown Jets clothing and merchandise available through this link: www.newtownjetsclothing.com.au

The range includes a variety of t-shirts, jerseys, caps, stubbie holders and of course the all-essential anti-Covid face masks.

There are some great names among the many people who have bought (and who strongly recommend) the two Newtown RLFC histories that are on sale through our merchandise department.

The rugby league documentary that tells the story of Newtown’s phenomenal 2019 season – We Are The Champions – The Rugby League Story Of The Year – is now available for your viewing on this link:
https://www.facebook.com/watch/?v=802347780529544