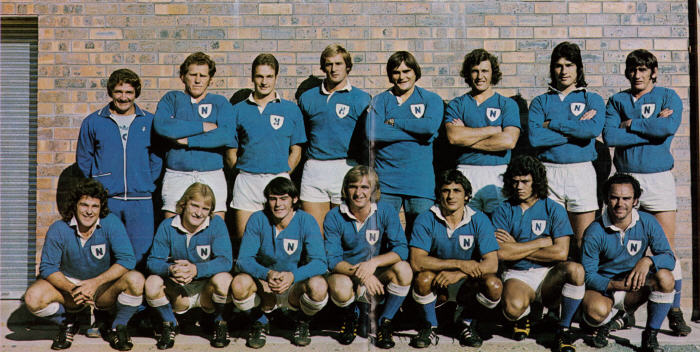 Doug Kemister is doing it a bit tough

Doug played 147 premiership matches with Newtown in total across all grades including 109 1st grade matches. This places him 13th on the list of all senior grade matches for the club. When you look at the other names on that list (Bumper Farrell, Chicka Moore, Kenny Wilson, Bob Keyes, Kevin Considine – for starters) you get some idea of his lofty place in the pantheon of Newtown greats.

Highlights:
• 1970 Endeavour Cup winners (he was just about man of the match, and pulled off one memorable try saving tackle on opposition prop Garry Leo).
• 1973 finals – appeared in the semi final and replay against St George
• Spent 1974 with Lakes Utd (Newcastle) and returned there after 1976 and joined Central Charleston

Doug can be contacted via Newtown RLFC. For more information: smccarthy@newtownjets.com