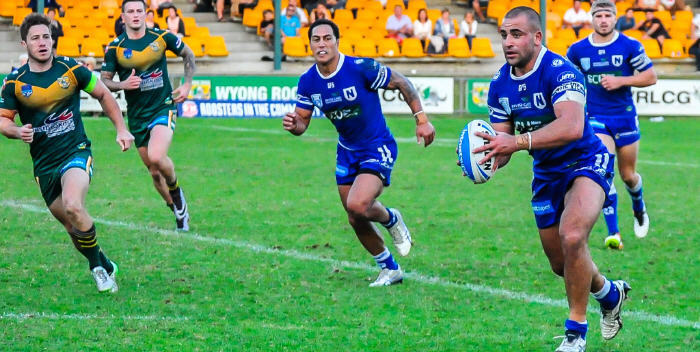 History will be made at Henson Park on Saturday, 11th June, when six Latin American nations will meet in an extravaganza of international Rugby League

After last Saturday’s washout at Henson Park, the Jets are back at home again in a real danger game against Wentworthville.

Newtown is at home to Wentworthville in Round 14 of the Intrust Super Premiership NSW competition. The 3rd placed Jets are coming off an enforced three-week break against 9th placed Wentworthville, who were beaten 32-20 by the New Zealand Warriors at Mt Smart Stadium last Saturday. Josh Cleeland and Junior Roqica are still absent from the Jets line-up with leg injuries and David Fifita is on leave from the Cronulla Sharks. This is a real danger game for the Jets as Wentworthville will be fiercely committed to getting their season back on track.

There are three curtain-raisers programmed for Henson Park on Saturday, with Ecuador and Colombia getting events underway with a Sevens match at 11.15am. This will be followed by a Nines match between Peru and Uruguay. At 12.50pm, the first-ever full length Rugby League international between two Latino nations takes place, with Chile playing El Salvador.

The Wentworthville team is:

In addition to the ground-breaking Latin American Fiesta of Rugby League, the Hardi Aged Care Family Hill at Henson Park will be in full swing. There will be jumping castles, face painting, pass the ball competitions, a Mr Whippy van, a coffee barista service, plus a Chilean dance group and the Raza Central El Salvadoran food van, featuring various Central American taste treats.

Ambassadorial and consular staff from several of the nations playing will be in attendance at Henson Park.

The renowned Steele Sports broadcast team, headed up by Alby Talarico, will be broadcasting the Newtown-Wentworthville main game live from 3.00pm on: www.steelesports.com.au

After Saturday’s game all Newtown Jets supporters are invited back to the VIC on the Park at 2 Addison Road, Marrickville (directly opposite Enmore Park):  http://viconthepark.com.au/

The three shields being competed for by the Six Nations on Saturday certainly have evocative names.

Chile and El Salvador are playing for El Escudo del Desafio – the Shield of Defiance!

Ecuador and Colombia will be competing for El Escudo del Norte – the Shield of the North.

And Peru and Uruguay will contest El Escudo del Sur – the Shield of the South.

To emphasise the multi-culturalism of this great day in the chequered history of Henson Park, the three shields were designed and engraved by the Toowoomba Trophy Centre in decidedly non-Hispanic south-eastern Queensland!

The six Latin American nations appearing at Henson Park on Saturday appear under the auspices of the Latin Heat Rugby League:  www.latinheatrl.com

We have been advised that the Rugby League International Federation (headquartered in London) is taking a very keen interest in Saturday’s proceedings: www.rlif.com

The ISP NSW premiership table after 13 rounds is as follows:  http://www.nswrl.com.au/intrust-super-premiership-nsw/ladder1.html

Former Newtown Jets fullback Luke Towers played for Carcassone in the recent French Rugby League Championship Final against Limoux. Luke scored two tries but Limoux claimed the title with a 28-24 victory. Luke is well-remembered by Jets supporters for scoring one of the most sensational tries seen at Henson Park in many years:  https://www.youtube.com/watch?v=yG_lZXG1osQ