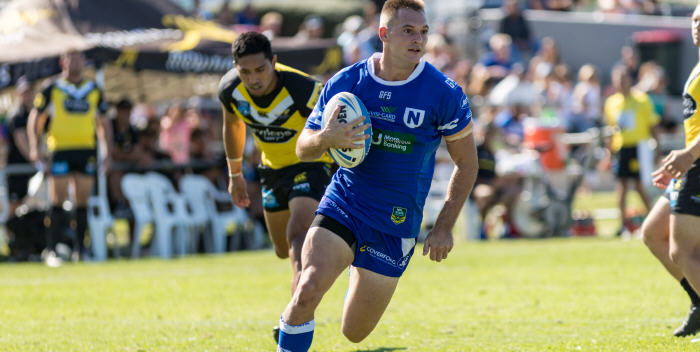 Newtown centre Matt Evans was in career-best form last season and is back with the Jets for 2018. Photo: Mario Facchini (MAF Photography)

Jets head coach Greg Matterson welcomed a group of 24 players to Newtown’s gymnasium where he outlined the upcoming summer training program and what his expectations would be.

The Jets will be utilising their Marrickville gymnasium and Mahoney Reserve, South Marrickville for training sessions during the week, and then several different venues for intensive fitness sessions on Saturday mornings.

Players from Glebe-Burwood RLFC were in attendance on Monday night as their club enters into a new phase as Newtown’s new Ron Massey Cup partnership club.