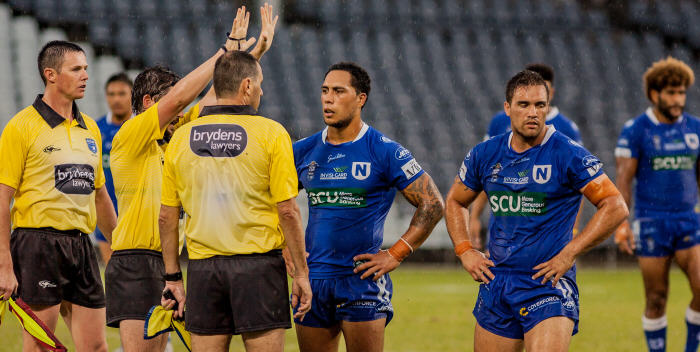 Jets out to make a strong start for 2016

The 2016 NSW Cup Rugby League competition gets underway this Saturday when the Newtown Jets host Canterbury-Bankstown at Henson Park. This is a much-anticipated local derby, and it has a special quality this year. During the off-season the Jets signed two of the Bulldogs best players from 2015, utility back Jaline Graham and rugged backrower Jason Schirnack, which should add some special “needle” to the occasion.

There has been a tougher edge to the Jets preparation for this new NSW Cup season. Newtown won the NSW Cup premiership back in 2012 and had been regular finalists over several seasons, but they have now missed the NSW Cup play-offs for the past two years. The Jets are super keen to get back into the finals action again and their loyal Henson Park following will demand nothing less from them.

The Canterbury Bulldogs advanced to the preliminary final stage last year and have made several new signings who will boost their NSW Cup ranks. This first round clash with Newtown has all the components for a fiercely-contested opening-round encounter, and it should guarantee a compelling opening to the season at Henson Park.

The Jets have recruited well over the summer and their NRL partners the Cronulla Sharks have also beefed up their extended NRL squad. The Jets also have several promising youngsters coming through who made their NSW Cup debuts with Newtown last year. Head coach Greg Matterson believes he has the right mix of players for the Jets to perform strongly in this year’s NSW Cup.

The Newtown Jets look forward to plenty of support from their renowned fan base when they come up against the Canterbury Bulldogs at Henson Park this Saturday, 5th March, at 3.00pm.