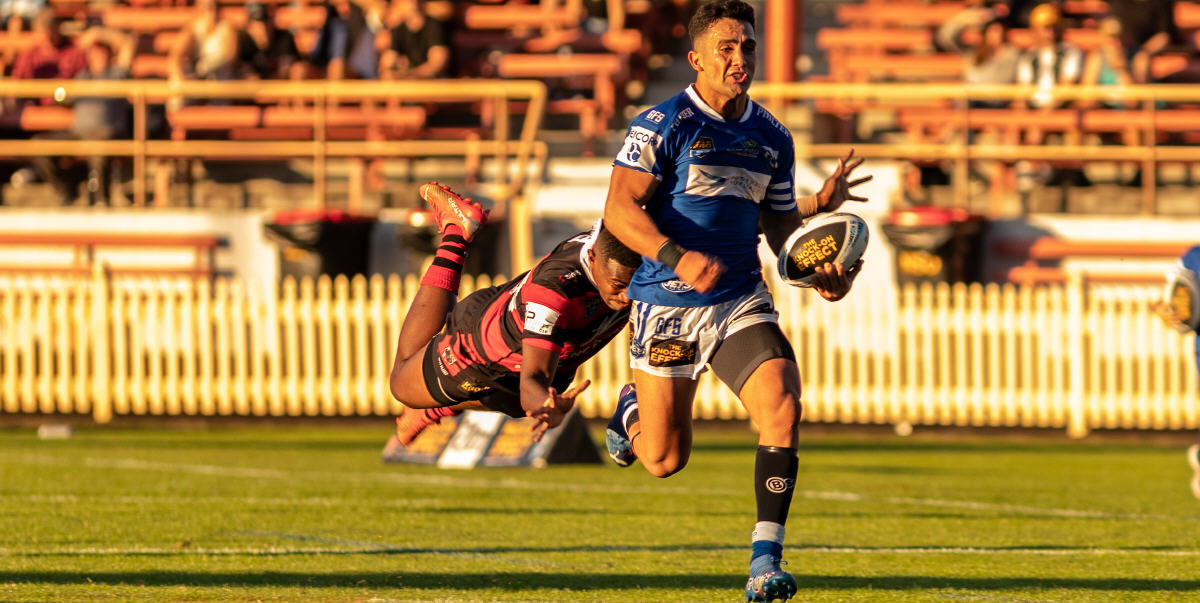 Kayal Iro bursts free to score a valuable try against North Sydney on the 8th May 2022. (Photo: Mario Facchini / mafphotography

(Article supplied by Margie McDonald from the NSW Rugby League.)

A bumper year for Newtown Jets centre Kayal Iro has extended well into the off-season with the 22-year-old picking up three awards at club’s presentation night.

The Jets held their post-season gala night in mid-November to give Iro time to return to Sydney from the 2021 World Cup in the UK, where he played all three games for the Cook Islands.

Iro picked up the Jets’ prestigious Fred Daly Memorial Shield – for the most positive contribution in a season – and the Brian Moore Shield for Best and Fairest in 2022.

His third honour was to be voted the Newtown RLFC Members’ Player of the Year Award.

Iro was up and down off the stage at the Petersham RSL Club with regularity, which was no surprise considering his season’s achievements.

He was named NSWRL’s NSW Cup Player of the Year at the Brad Fittler Medal Award dinner in September and was also a key member of the Cook Islands Rugby League World Cup squad.

This was after he finished second in The Knock-On Effect NSW Cup for tackle-breaks (110) behind Jets teammate Lachie Miller (115).

Iro was third for line-breaks (17) across the competition and equal-fifth for tries (14) with teammate Luke Metcalf in NSW Cup action.

He also made his NRL debut for Cronulla-Sutherland Sharks in their Round 24 win over Canterbury-Bankstown Bulldogs.

– fullback and five-eighth Kade Dykes, the Most Consistent Player of the Year Award;

– Jesse Colquhoun, the Forward of the Year Award;

– front-rower Caleb Uele named the Most Improved Player of the Year.

Caleb is the younger brother of Sharks prop Braden Hamlin-Uele and has earned a Sharks pre-season ‘train and trial’ contract.

The presentation night also provided the Newtown Jets community the opportunity to say ‘thank you’ to Greg Matterson, who is stepping down after a highly successful career as head coach of the NSW Cup team from 2008 to 2022.

Matterson remains with the Newtown RLFC in the newly-created position of Head of Football.