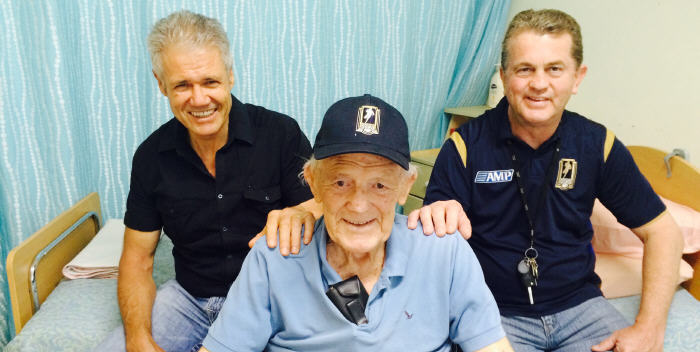 Phil Sigsworth and Wayne Petersen representing the Sydney Metro committee of the Men of League visited with Frank Farrington recently and found Frank in good spirits. Frank has had a lingering problem with his left foot that he claims was jumped on and kicked much too often as he struggled to help his hookers win the ball in far too many scrums. Frank encourages any Jets supporters or old friends to pop out and give him a visit at Sir Joseph Banks Nursing Home, 31 Edgell Ave, Botany. It might be best to just give the Nursing Home a call on 9316 9544 to make sure Frank is OK to take a visit. 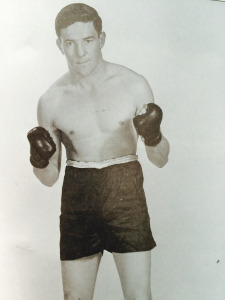 Frank Farrington is a hard as nails old front rower. He also was a major contender in the boxing ranks as a middle/light-heavy weight. Frank served as a young Army recruit that included two years in Japan after WWII, where he played in some of the first rugby league games in that country. Frank was graded in 1951 and was a member of the Newtown reserve grade team that won the premiership that year. He spent 1952 with Cowra and was back at Newtown in 1953 and spent the following two years at Narrandera and Mackay as captain-coach. He then returned to Newtown and played four more seasons there before a shoulder injury got the better of him and he retired after playing 110 games for the Bluebags. He became an administrator with the St Peters club and quickly graduated to being involved with the Bluebags.

(Thanks to Wayne Petersen from the Men of League organisation for the article).