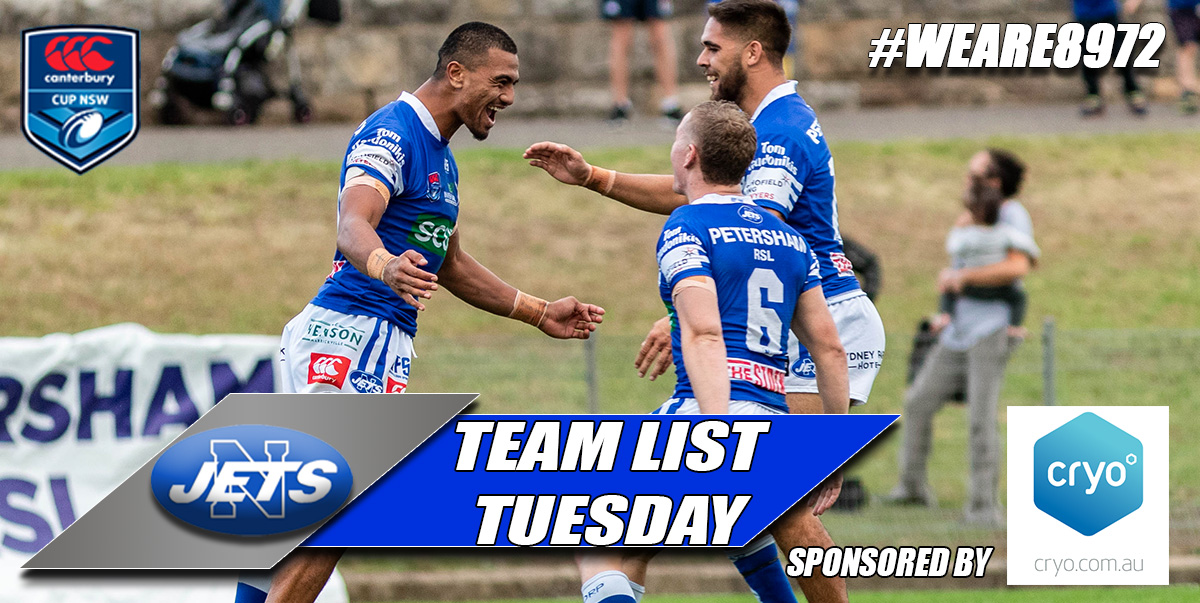 Newtown Jets has named its team for the Canterbury Cup NSW Magic Round clash versus Blacktown Workers Sea Eagles being played at Henson Park, Sunday 19th May, 1.10pm kick-off. This match is being televised live on Channel 9Gem.

This weekend (18th/19th May) is the NSW Rugby League’s Magic Round promotion, with three Canterbury Cup NSW competition matches being played at Panthers Stadium on Saturday, and three more at Henson Park on Sunday.

The Newtown Jets’ return home to Henson Park this Sunday 19th May hoping to go back to back for the first time this season when they do battle with Blacktown Workers Sea Eagles in the CCNSW (1.10pm kick off). The game is preceded by North Sydney Bears who take on Wentworthville at 11am, with St George Illawarra Dragons playing Newcastle Knights in the final game of the Triple Header from 3.30pm.

Again in 2019, there will be plenty of fun for the kids on the DEICORP Family Hill featuring jumping castles, face painting, pass the ball. Ice Cream Joe’s Mr Whippy & Barista will be in attendance as will JETMAN & SCU – More Generous Banking’s SYD THE PIG.

In 2019 our great mates at SCU – More Generous Banking have the Best Seats on the Hill under the SCU Big Top and they could be yours this Sunday. For your chance to win FREE entry for 4 people plus food and drinks simply text SCU at Henson to 0413 656 361. Entries close 3.30pm Friday. For more info: https://www.scu.net.au/marquee-entry-terms-conditions.html

Newtown Jets welcomes Fantasea Cruising on board as our 2019 Home Game Raffle Sponsor. Fantasea Cruising are donating a double pass to Sydney’s best harbour cruises every home game. This Sunday it’s a Vivid Sydney Harbour Cruise Double Pass. For more information: https://www.fantasea.com.au. Other raffle prizes include a fabulous Meat Tray from Dulwich Hill Gourmet Meats along with our famous Fruit & Veg box courtesy of Bobby Petersen and Brett Elliott. We’ll also be running our regular 50/50 promotion where you have the chance to walk away with some cold hard cash. So as Lynchy always says over the PA… ‘Dig deep & support the Jets’.

The Jets invite members, supporters and friends to Sydney Park Hotel from 4.30pm on Sunday to mingle with players and coaching staff and hopefully celebrate another victory. Sydney Park Hotel is located at 631 King Street, Newtown.

It’s an absolute festival of football at Henson Park this Sunday so bring your friends and family, cheer on the men all dressed in blue whilst enjoying what Andrew Johns described as “a great day that should be on everyone’s bucket list!” last Sunday on Channel 9.

If you can’t make it to Henson Park or aren’t near a TV, Alby and the team from Steele Sports will be calling all the action from 12.30pm. To listen click on the Jets Radio Live Stream play button on the home page of www.newtownjets.com.