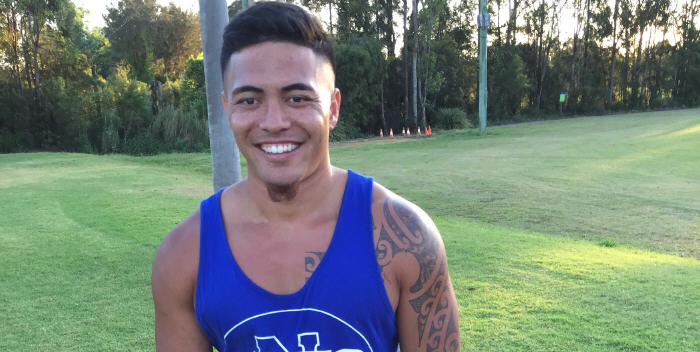 The Jets will be 108 not out on Friday, 8th January – and they are now in the second year of their “Inner West Side Story” partnership with the Cronulla-Sutherland Sharks.

As the Jets enter their 109th season of Rugby League football, we should pay special tribute to those who kept the club alive during that heart-breaking period from when the club had been suspended from the NSW Rugby League in October 1983 to when the Jets joined the NSWRL Metropolitan Cup competition at the beginning of the 1991 season.

2016 marks 25 years since the Newtown RLFC re-entered the Rugby League playing ranks. We especially acknowledge the efforts of present-day officials Barry Vining and Terry Rowney who have been Directors of the Newtown RLFC since the early 1980’s, and who have played enormous roles in keeping the club alive. Their contributions are most certainly among the most significant in this club’s long and chequered history. As the former Newtown coach Harry Bath often said, “those who drink the water should always remember those who dug the well”.

Club memberships point the way to the future survival of the Newtown RLFC:

There is no better way for you, your family members and your network of friends to show your support for Australia’s oldest Rugby League club than by rejoining or by taking out a 2016 membership package. There is an excellent range of 2016 membership deals available for all budgets, including packages for all those Sydney-based fans who can get to every home game, and also for those loyal Jets supporters who live in regional NSW, interstate or overseas. Here is the link to all the information you’ll need about 2016 Newtown Jets memberships: http://www.newtownjets.com/jets-membership-2016/

The Jets have announced the signing of the highly-rated Canterbury-Bankstown utility back Jaline Graham. The former Auckland Rugby League and Bulldogs junior has been a stand-out performer with the Canterbury Bulldogs NSW Cup team in the past two seasons, and he can play at fullback, five-eighth and halfback. Jaline is 22 years old, 175 cms tall and weighs 85 kgs. Take a look at Jaline in action for the Bulldogs against the New Zealand Warriors in this 2015 NSW Cup semi-final on the 15th September at Belmore Oval: http://www.nswrl.com.au/news/2015/09/15/highlights_warriors_.html

Here are the names of Newtown’s coaching and team staff for 2016:

The NSWRL VB NSW Cup draw for 2016 has been released:

Please note that Newtown now plays Canterbury-Bankstown at home at Henson Park in round one on Saturday, 5th March 2015 at 3.00pm.

The Newtown RLFC extends good wishes to Scott Dureau who has announced his retirement as a player. Scott made a big impression when he “guested” with the Newtown Jets in the second half of the 2014 season. Who will ever forget his winning field-goal against Penrith at Allianz Stadium in Round 19, 2014: https://www.youtube.com/watch?v=WA3hZ2mG3MY

The newly-appointed Queensland State of Origin coach Steve Walters features prominently as a member of the commentary team on this clip. And here’s more on Scott Dureau’s retirement plans: http://latestrugbyleague.com/2016/01/scott-dureau-retires-from-rugby-league/

Here’s a New Year quiz and the chance for you to win a quality Newtown Jets prize:

All entries must be sent to this email address: jets@newtownjets.com

The first correct entry will be directly notified and will win a Newtown Jets t-shirt of their choice from the Jets merchandise range.