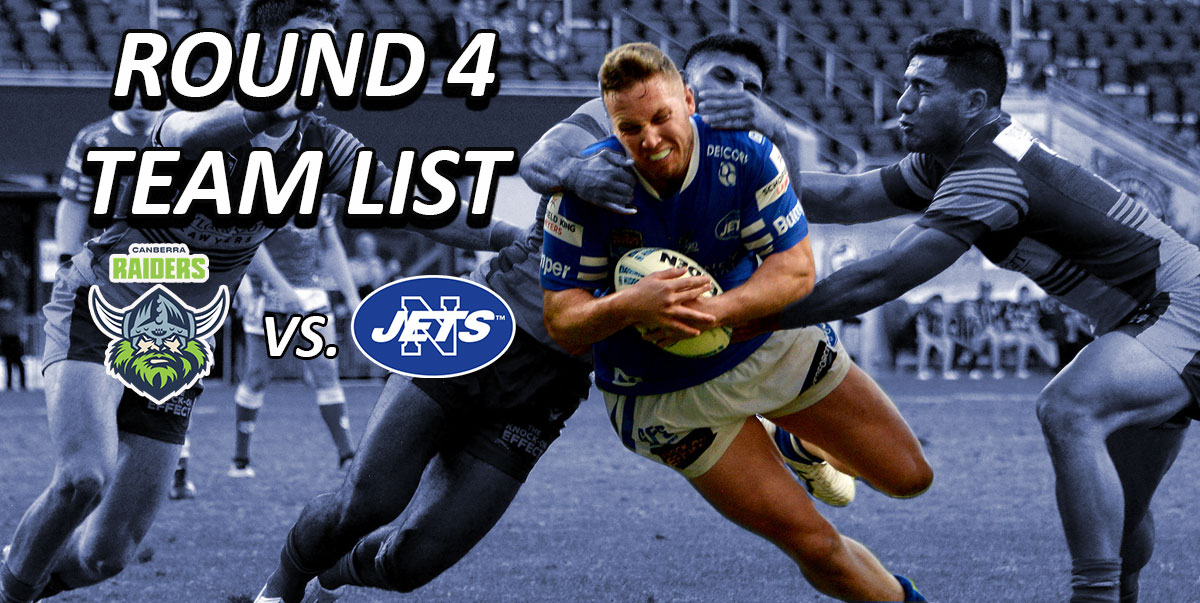 Newtown Jets head coach Greg Matterson has named his team to take on Canberra this Saturday afternoon at Raiders Belconnen.

Injuries in both the Newtown and Cronulla ranks have forced a couple of changes, mainly on the bench. Monty Raper and Brock Gray have been promoted to the starting team this week after Gabe Hamlin sustained an injury against Parramatta. Likewise Brock Illett, Ethan Natoli and Duwyane Mariner have been called up from the Glebe Dirty Reds ranks.

The Newtown team list is brought to by the Vic on the Park Hotel in Marrickville.