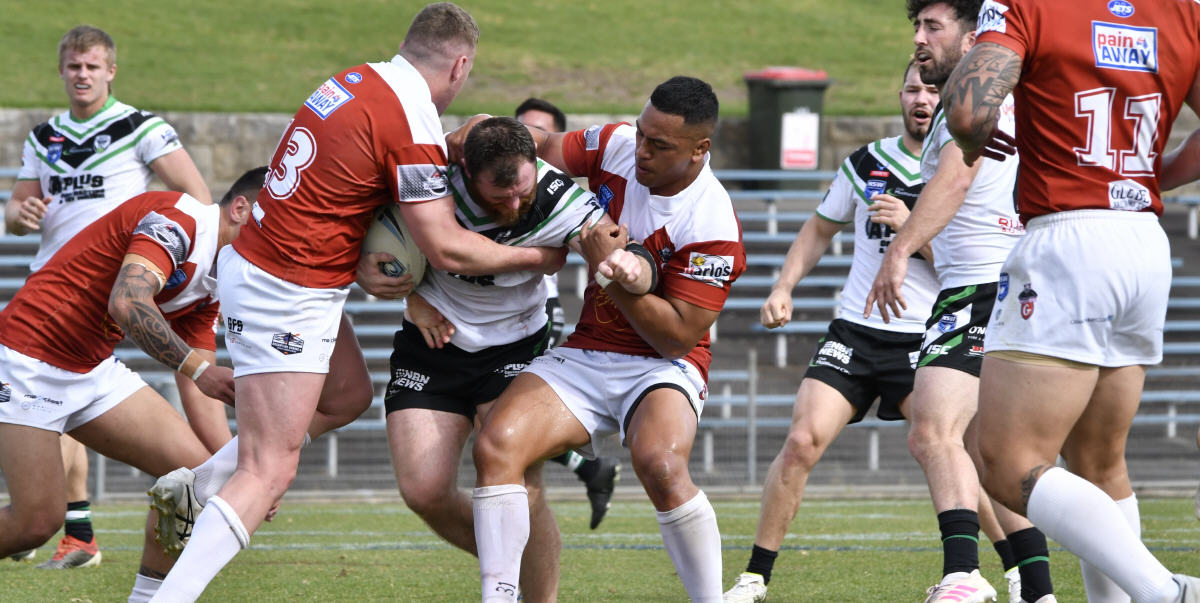 The Dirty Reds deliver the Pickers their first loss of the President’s Cup season.

The Glebe Dirty Reds have handed the Maitland Pickers their first loss of the season by winning a 26-24 thriller at Henson Park on Sunday afternoon.

The Maitland Pickers had already secured the minor premiership last week and therefore have not relinquished their top place on the President’s Cup ladder. They will host the Hills District Bulls in a Grand Final qualifier at Maitland Sports Ground next week.

While the win gives the Dirty Reds a tremendous confidence boost heading into the finals next week, it did not affect their finals situation. Whether or not they won today, the Dirty Reds would be playing their fellow 1908 foundation club, the North Sydney Bears, at Leichhardt Oval in an elimination final next Saturday.

Both of those finals next week are elimination finals, with the winners progressing to the Grand Final to be played in two weeks’ time at Bankwest Stadium.

The men from the Hunter Valley were first to trouble the scorers at Henson Park when Henry Penn crossed after his team fed the ball wide virtually from the kick-off. The Dirty Reds hit back though when Lorenzo Mulitalo – Ronaldo’s twin brother – pounced on a grubber.

A right-to-left shift gave the Dirty Reds the first lead of the afternoon when John Olive crossed, before the Pickers levelled the scores at 10-all just after the quarter-time drinks break.

The teams continued to go neck-and-neck in what was a fiercely-contested game. Maitland changed the lead once again when Jacob McCudden stormed onto an inside-ball and ran 20 metres to score. The lead was short lived though as Glebe five-eighth Josh Natoli brought the scores back to 16-all.

The Dirty Reds changed the lead again when they received a penalty goal just before half-time and took the gift two points.

Addison Demetriou created the biggest lead of the game when he ran a great line and charged 20 metres to the try-line to make the score 24-16 to the Wolves early in the second half.

The Pickers simply would not go away. Sam Anderson crashed over for the minor premiers to decrease the margin to 24-22.

Both teams kicked one further penalty goal and the Dirty Reds defended for pretty much the final 15 minutes but were able to hang on for a history-making victory.