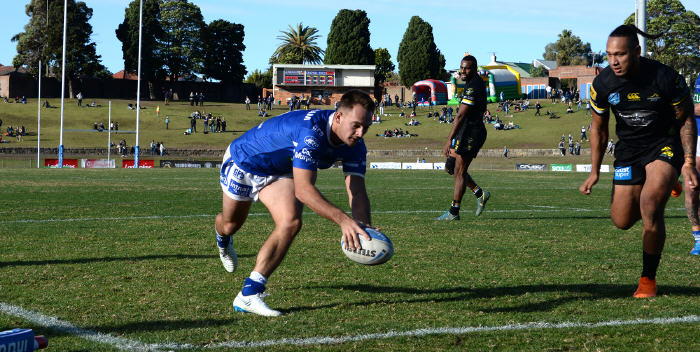 The Jets are back at Henson Park on Saturday, 30th June and it’s another 1.00pm kick-off

There are no Intrust Super Premiership NSW competition games being played on the weekend of 23rd/24th June.

Newtown’s next game is against Wentworthville on Saturday, 30th June and this match will be televised live on Channel Nine.

This Newtown-Wentworthville match is being televised live on Channel Nine and broadcast live by Steele Sports (www.steelesports.com.au)

Ladies Day was held at Henson Park on Saturday, 16th June and was another successful promotion. This is the day when the Newtown RLFC pays tribute to the enormous role played today by so many women in many different aspects of the rugby league game. Quite a few ladies made avail of the catering hospitality laid on by the Newtown Jets, and many thanks to Olga Lauricella and her team for making the event such a success.

Newtown has had five players selected in the 2018 Intrust Super Premiership rep team. The players selected are Aaron Gray, Kyle Flanagan, Blayke Brailey, Kurt Dillon and Scott Sorensen. Reubenn Rennie was also chosen but had to withdraw because of injury. This NSW-Queensland Residents match is being live streamed on www.nswrl.com.au from 4.10pm on Sunday, 24th June.

Second-rower Scott Sorensen has captained the Newtown Jets on several occasions this year and he was interviewed as to his reaction in being selected to lead the 2018 Intrust Super Premiership representative team:

And Newtown Jets halfback Kyle Flanagan had this to say about his rep team selection: https://www.nswrl.com.au/news/2018/06/18/flanagan-honoured-to-represent-nsw/