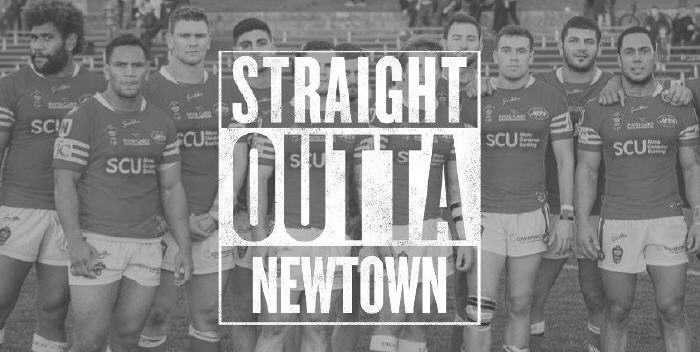 For more details about this final function for the 2015 season and to make your bookings, please go to: www.newtownjets.com

The annual Bumper Farrell Spring Classic Golf Day is on Friday, 30th October at the Marrickville Golf Club. The Newtown RLFC will be taking bookings and will release further details for this popular annual event very soon.

2016 Newtown Jets membership packages will be available soon. Revenue from memberships is the lifeblood of this club, so please be sure to renew your membership and make every effort to get other Jets supporters to join.

Existing Newtown Jets members are currently being polled for the 2015 Members’ Player of the Year. All eligible members have been emailed for their choice and must get their votes back in by 5.00pm, Friday, 11th September.

The 2016 Rugby League season will mark 25 years since the Newtown Jets re-entered the senior ranks in the NSWRL Metropolitan Cup competition, after the club had not fielded teams between 1984 and 1990. Long-serving club President Barry Vining and Director and major sponsor Terry Rowney have both been closely involved with the club since the early 1980’s, and both of these men played huge roles in Newtown’s return to the Rugby League playing ranks a quarter of a century ago.

I’m sure everyone involved with the Newtown Jets extends good wishes to our NRL partners, the Cronulla-Sutherland Sharks, in their NRL elimination semi-final against South Sydney at Allianz Stadium on Sunday, 13th September at 4.10pm. The Sharks have made enormous progress in so many ways in the 2015 season and we wish them the best of luck in Sunday’s sudden death encounter.

The Jets marquee will also be in King Street, Newtown on Saturday, 12th September from 10.00am to 4.00pm, opposite the Dendy Cinemas complex.

You can of course buy Jets clothing and merchandise online. Check out the website on: www.newtownjetsclothing.com.au

The Jarryd Hayne extravaganza prompted the San Jose Mercury News in northern California to contact the Newtown RLFC about Manfred Moore’s stint in Rugby League back in 1977. The Mercury News ran an excellent story which can be viewed on this link: http://www.mercurynews.com/49ers/ci_28768608/australia-flipping-49ers-crossover-star-jarryd-hayne

The same paper also ran an extensive gallery of Manfred Moore and Jarryd Hayne photos on its website: http://photos.mercurynews.com/2015/09/06/jarryd-hayne-and-manfred-moore-share-nflpro-rugby-history/#17

No doubt thousands of Newtown Jets supporters have painful memories of the 2008 NSW Cup Grand Final, the game which ran for 104 minutes and ended in a loss for the Jets in the club’s Centenary Year. At the time it was officially designated as the longest-ever Rugby League club match in history. That record was broken last Sunday in the Group 21 (Hunter Valley) Rugby League Grand Final, with Denman defeating Scone 24-20 after a truly incredible 128 minutes of play!

Dave Hadfield is regarded as one of the foremost English Rugby League journalists and commentators. Dave is also a very loyal Newtown Jets supporter and advocate after first making contact with the club on his visit to Sydney back in that auspicious year of 1981. Dave has turned out a series of top class books on Rugby League and English society, and his latest publication, Route 63: Around England on a Free Bus Pass, is receiving favourable reviews: http://tiny.cc/jus52x

The recent English Rugby League Challenge Cup Final at Wembley Stadium was played on the 29th August 2015, the 120th anniversary of the founding of the Rugby League game at the George Hotel, Huddersfield. It was also the day that the official Rugby League Statue at Wembley Stadium was officially unveiled. The Rugby Football League has released this top class video clip to commemorate what was a tremendous occasion for our code in Great Britain: https://vimeo.com/137838355

Our good friend Rick Wayde has asked that this most worthy function be circulated in our club circles: Unite for Kurt – a fundraising dinner for Kurt Drysdale will be held at Wests Ashfield Leagues Club on Thursday, 24th September at 7.00pm. There is a superb roster of speakers and entertainers committed to this function. For further information contact Michelle Dennington at Wests Ashfield on 87522067.

The annual Tom Brock Lecture is to be held on Wednesday, 16th September at 6.00pm at 99 on York, 99 York Street, Sydney. The speaker is Ross McMullin and the topic is the extraordinary life and times of Edward “Ted” Larkin, Rugby League administrator, Labor politician and soldier: http://www.tombrock.com.au/rsvpmaker/xvii-tom-brock-lecture-2015-9-16/

Raine and Horne Newtown are staging a worthy fundraiser to fight children’s cancer. You can find out more about this great cause on this link: https://bravetheshave.everydayhero.com/au/rhnewtown