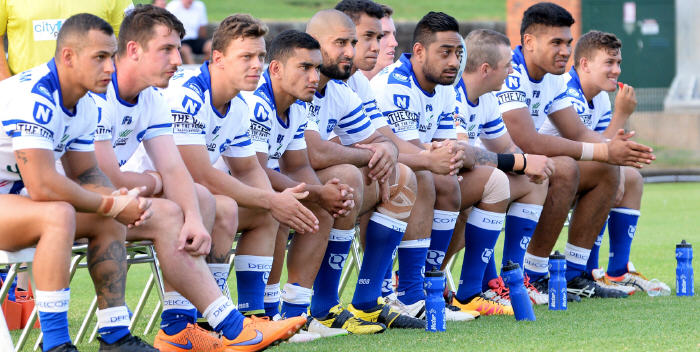 Newtown’s team for tomorrow evening is:

Make your bookings now for the 2017 Newtown Jets season launch.

The launch is proudly sponsored by Deicorp – Built to Deliver.

Starring: Australia’s Official Lambassador, Sam Kekovich, with other special guests to be announced.

There will be live and silent auctions on the night.

Everything you need and dare to know about Sam Kekovich:

A naturally gifted entertainer, Slammin’ Sam Kekovich brings a wonderfully satirical, irreverent and hard-hitting brand of humour to any occasion. His lively presentations draw on all his experiences and the characters he has encountered over the last 35 plus years of his involvement in football and life. He delivers guaranteed laughs and edge-of-your-seat stories.

All the bluff and bluster sometimes hides the fact that Sam was a damn good footballer. He started his senior career with the Kangaroos in 1968 and the following year was the top goalkicker with 56 goals and won the club’s best and fairest award. Sam played a key role in the club’s first premiership win in 1975 as second ruckman, contesting boundary throw-ins, in which he won most of the hit outs against Hawthorn’s top player, Don Scott.

After playing 124 VFL games for the Kangaroos and having the occasional run-in with his coaches and the tribunal, Sam retired from top competition in 1978.

Sam’s a natural entertainer and story-teller.

We’re not far away from the start of the 2017 Intrust Super Premiership NSW, in what is Newtown’s 110th season in rugby league football. There’s no better way you can prove your support for the oldest club in Australian rugby league than by taking out a 2017 membership package. There are membership deals on offer to suit all personal circumstances and budgets. Check out this link for all the relevant information:  http://www.newtownjets.com/jets-membership-2017/