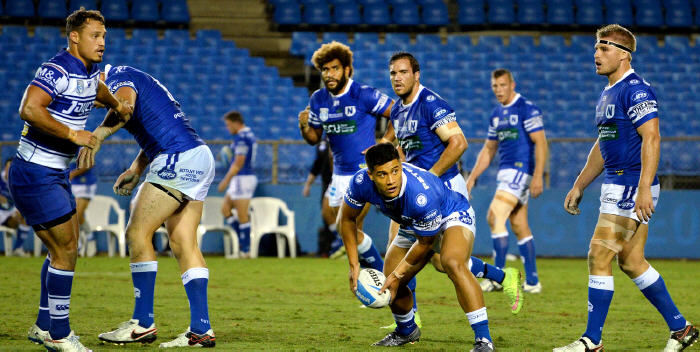 Top of the table clash at Henson Park this Saturday

It’s one versus two this Saturday (14th May) in the top of the table Intrust Super Premiership (ISP) clash between Mounties and Newtown at Henson Park. The Canberra Raiders-aligned Mounties are the competition front-runners, while the in-form Newtown Jets are in second place. This Saturday at Henson Park is also designated as Ladies Day, when the Newtown Jets club will pay tribute to the enormous role played by women in every aspect of the modern Rugby League game.

Danger men for the Mounties this Saturday include their mercurial Papua-New Guinean international winger Kato Ottio, while strapping back-rower Mitch Barnett has been in white-hot form in recent weeks.

As part of the Ladies Day promotion on Saturday, there will be free champagne available for all women 18 and over attending Henson Park. There will also be a great array of fun-filled activities for all the youngsters and their families who come to Saturday’s big match.

The much-anticipated ISP NSW blockbuster at Henson Park this Saturday (14th May) between Newtown and Mounties will get underway at 3.00pm.