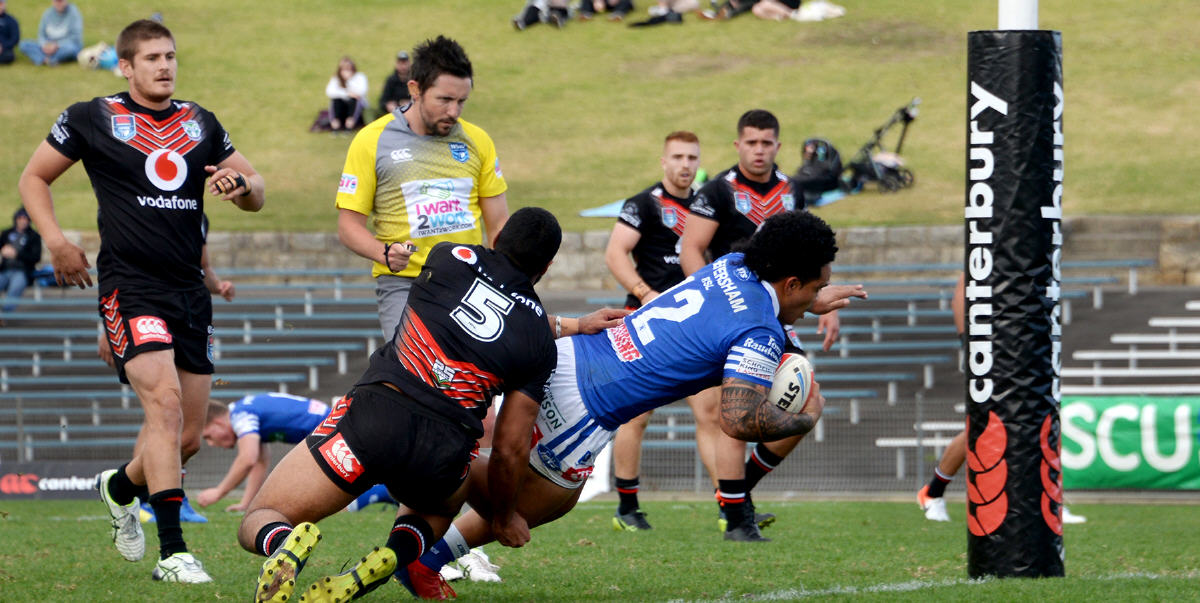 Jets salvage a valuable competition point against the Warriors

Newtown drew 20-all with the New Zealand Warriors in the 12th Round Canterbury Cup NSW fixture played at Henson Park on Saturday afternoon.

The Jets led 10-6 at halftime and the second half was a thrilling spectacle as both teams threw the ball around and strove desperately to gain the two competition points.

The Warriors led 20-14 with three minutes to go but the Jets equalised through a try to centre Matt Evans and a conversion from wide out by halfback Braydon Trindall. The lively little Jets halfback nearly landed a long-distance field goal attempt in the last minute of play.

There was quite a reasonable attendance at Henson Park today despite the 1.00pm kick-off and the fact that rain had been forecast.

The Warriors ran with the wind in the first half and Newtown had the advantage of the stronger breeze in the second half.

Other games played at Henson Park today resulted as follows: