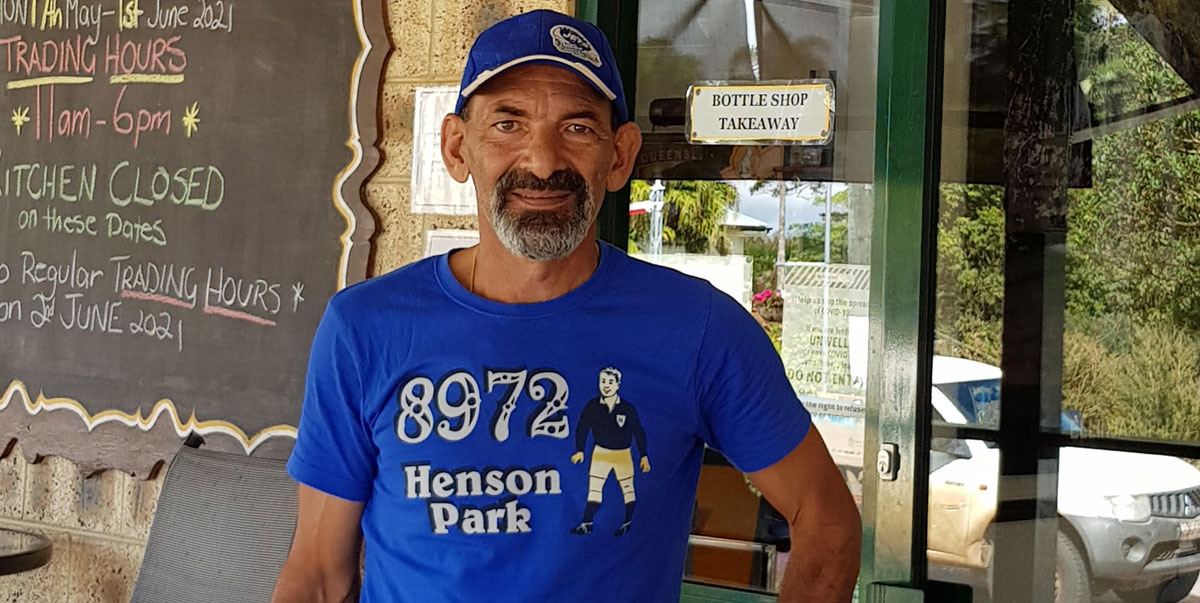 Thanks to Petersham RSL, we’re bringing back the ‘Meet the Members’ series of interviews. This week, we’re talking to Joe Daaboul, a long-term Bluebags fan, who often makes the trip down from Queensland to watch the Jets in action at Henson Park.

Joe how long have you supported the Newtown Jets?

Since I was a young child, so about 50 years.

Do you remember watching your Newtown game at Henson Park?

Yes my father walked me down Centennial St. I think the game was between Newtown and St George.

What does it mean to you when you walk through those gates at Henson Park on game day?

I always feet at home and it makes me think back to all the tears I’ve shed and the joys I have experienced there.

What made you become a Newtown supporter and then a member?

It was because my father took me to Henson Park to watch my first ever game of footy. Newtown became my first and only team I gave my heart to.

What is your favourite memory of being a Newtown member?

My favourite memory is making the 1981 grand final and then our spectacular premiership wins in 2012 and 2019.

Who have been your favourite players over the years?

What would you say to someone who is thinking of becoming a Newtown Jets member?

– As told to Kim Fuller